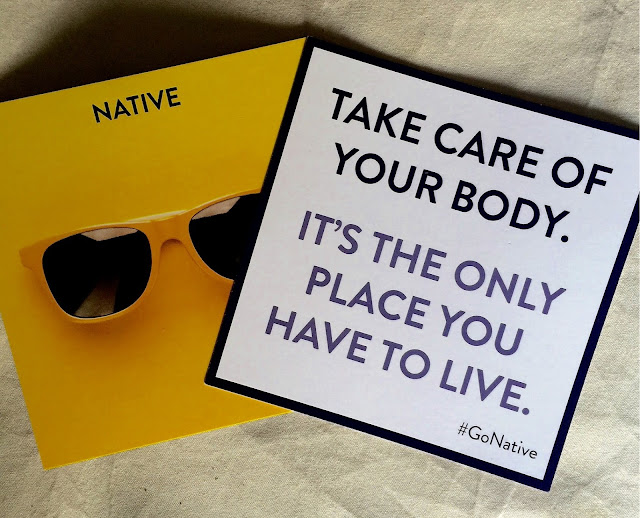 Have you have ever tried going all natural or at least easing your way into a more natural lifestyle? If so there are certain products that you may automatically think of at the beginning of your transition. Food and cleaning products are two focal products that could be fairly easy to switch over and usually the first thing that people end up swapping out.  One product that always stood out to me because I never thought that I could ever find one good enough was an all-natural deodorant that kept me feeling dry and confidently smelling fresh all day long. After much research and reluctance I stumbled upon Native. Native is an all-natural deodorant that checked off most of my concerns at first glance and had some added benefits as well.
Native Deodorant is made for men and women in small batches in the United States and they never test on animals. They are also Aluminum free (big plus).
Aluminum is a toxin found in most antiperspirants that has been known to be  linked to breast cancer and Alzheimer’s. They are also paraben free. These Parabens that are used in many other deodorants on the market mimic estrogen and disturb your hormonal balance. I also came to find out that they use baking soda to neutralize odors, arrowroot powder to absorb moisture and acidophilus to eliminate odor-causing fungi, yeast, and bacteria.
Ok so to summarize all of that, you don’t have to worry about stinking and sweating and you can also eliminate the amount of harmful chemicals that your body would be absorbing if you were using another brand of deodorant. Not to mention their products are made in the USA and they do not test on animals. Sign me up! 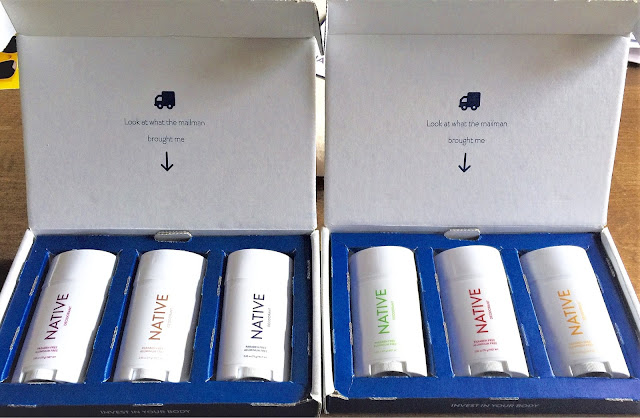 Fast forward to when I received my goodies. Each adorably packaged sample box contained 3 (full sized) fresh scents including  Lavender & Rose, Coconut & Vanilla, Rose & Magnolia, Apricot & White Peach, Coconut & Shea and Unscented. I did a sniff test on each one and to my surprise each one smelt exactly as it stated and was not overpowering in the slightest. The next test was simple, it was time for these bad boys to work their magic. Every day for 6 days (I had to try all 6 scents!) I attempted to challenge said deodorant for an entire day. Wake up at 5:30 am, work out, shower, slather on my Native and let it do its work as I spent the day doing mine.
The first thing that I noticed was that this product was not sticky at all and didn’t feel as though it was leaving behind a nasty residue which was something that I was all too familiar with resulting in another huge plus in my book. Did I mention that I was also carrying around my usual “go to” deodorant as back up just in case of an emergency? Well, to my pleasant surprise I did not have to reach into my purse for it, not once. 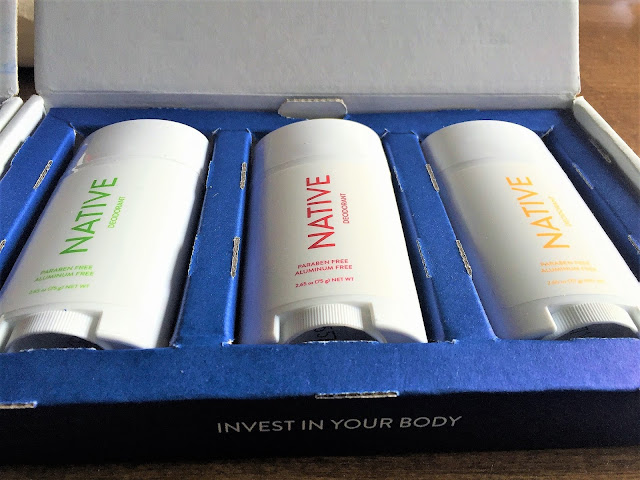 Native did exactly what it claimed it would do. It kept me dry and fresh minus all of the harmful chemicals. Not only was I able to get through a full day confidently, but I smelt like I just stepped out of the shower all day long. This product was not heavily perfumed, it was clean and that same scent remained throughout my time wearing it. Out of all of the scents though I would have to say that the coconut & vanilla one was definitely my favorite and I do plan on stocking up on it the instant I know I’m running low.
You got me Native! Customer for life here and I cannot stop raving about this product to friends and family. I mean hey, letting them in on my Native secret is the least I can do after making them smell my pits for six days straight throughout my experiment, right?!


You can get in on the fresh pit experience too. Order your Native deodorant today HERE and choose either a single stick or the sample pack. You can thank us later ; )


This is a sponsored post but all opinions are my own.
Email Post
Labels: all natural aluminum free beauty cruelty free health and wellness made in the USA paraben free