You're invited! | Get Tickets Here


Tickets are on sale now for a full day of entertainment for all ages at $25
Tickets will be $30 the day of the event so get your tickets here today at the discounted price! 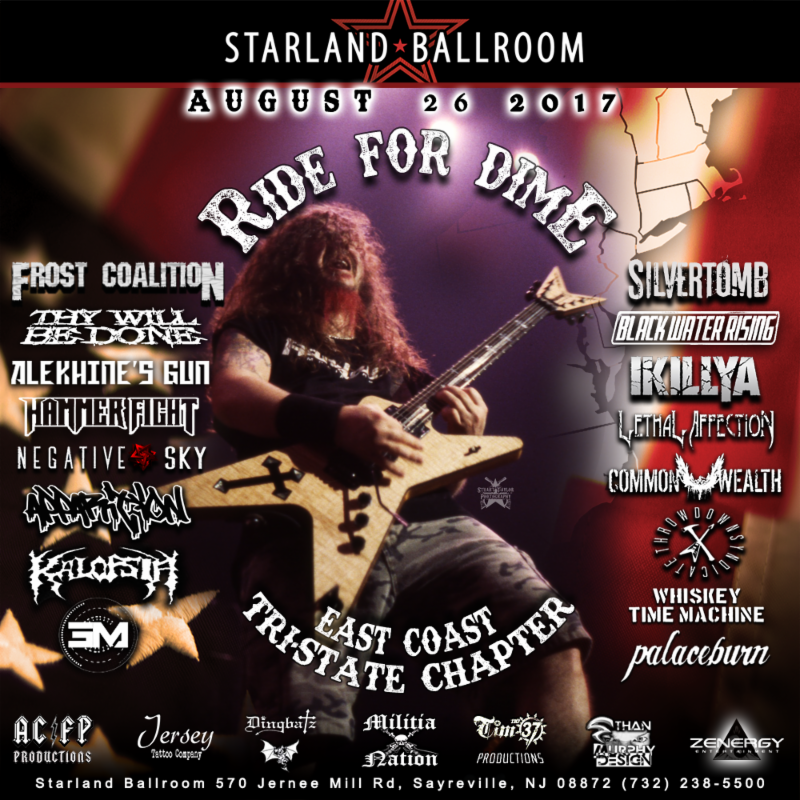 The Auction:
Will feature items such as gift certificates to restaurants of celebrity chef Chris Santos, and merch items from Hatebreed, All That Remains, Lamb of God, art from Marilyn Mansfield and Joey James, and more!

"I feel honored to be surrounded by talented and caring people who love music and who loved Darryl as a musician, but also loved what he stood for throughout his life. This event is a step in strengthening the metal family while showing our admiration and respect for one of metals greatest legends and I am so happy to be a part of it." RIDE FOR DIME organizer and God Forbid drummer Corey Pierce

Proceeds:
Will go to two major non-profit charities: MusiCares, established by the Recording Academy in 1989 and dedicated to providing confidential emergency health and human services and addition recovery to music people in need, and Marines Care, a charity founded in memory of LCPL Chris Cosgove III, providing benevolent assistance to wounded military members, those on active duty, and veterans nationwide, plus their families.
For more information on RIDE FOR DIME East Coast Tri-State chapter charity event head here: www.facebook.com/RFDEast.