Interview With Joe Paisley of Moretta

Moretta worked their way into the music scene by discarding the idea of allowing genre to dictate who they are. Every song has been constructed to convey what each member has to bring to the table working perfectly in unison, revealing a unique and catchy sound all their own. With memorable choruses and catchy breakdowns, Moretta is a band that you will surely be seeing around.


We had the opportunity to catch up with vocalist Joe Paisley to hear more about what the band is up to and see what they have in store for their fans in the future.

C&C: Tell us a little bit about how
Moretta got started and who influences you as musicians?
JP: What started as a simple, "Hey man, we both like hardcore... you wanna make some songs?" between Kc Marotta (Drums) and myself, quickly evolved into, "Dude, these are turning out pretty good. We should probably keep going." haha...
Everyone in the band has their own musical influences; and those influences are actually quite different from one another. As for me, Thrice is definitely my biggest influence. Although I find my writing style to be shaped by all sorts of different genres of music, having meaningful lyrical content is extremely important to me, and that's definitely one of Thrice's trademark features.

C&C:We hear that we should be expecting something 7/28/17....
Tell us a little bit about What's Left Means Nothing and the idea behind it.
JP: WLMN is a huge step for us as a band. We recorded the entire thing in my basement and made certain that every track was exactly how we envisioned it sounding. Doing it all ourselves eliminated the always depressing "clock watching" that often times comes with recording an album. We didn't have to worry about booking studio time or explaining ideas to another engineer. We just made whatever changes we felt were important for the composition.

C&C: Who would be your "dream" band to open for?
JP: Thrice... because Thrice.

C&C: What are you looking forward to most this summer?
JP: Releasing "What's Left Means Nothing". We are so excited for July 28th! We are having our CD Release show with Every Time I Die, He Is Legend, and Islander early August in Spokane, WA. 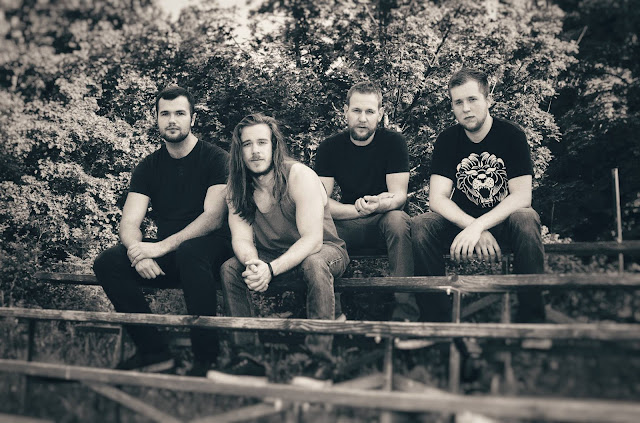 C&C: What has been your greatest accomplishment and challenge as a band thus far?
JP: Greatest accomplishment will be our sophomore release on July 28th. We have grown soooooooooo much since the release of our debut album a couple years ago. The biggest challenge for me has been the making of our sophomore album haha... I learned a lot in the process... to say the least.

C&C: What can fans expect for the future and where can they find out where to see you next?
JP: We will continue to better ourselves as musicians and individuals. We love writing and almost have enough songs written for another album after WLMN! We plan on supporting the album release for a good chunk of time. Follow along at Facebook

C&C: Any last words for your fans and Cupcakes and Crossbones viewers?
JP: Thank you so much for your support. It is truly appreciated.