Interview With PJ Farley Of Trixter 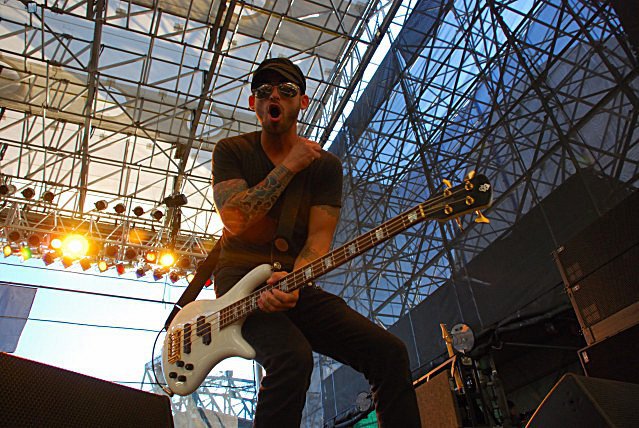 When you meet someone who has been in the music industry for 20 plus years, you know that they have experienced all of the ups and downs, ins and outs.
You also know that to be able to manage staying in the spot light after all this time and continue to be an influential artist today, this person must have the secret that many musicians are constantly on the hunt for who want to make it big in the music industry.
We had the pleasure to sit down with a kick ass dude who has not only been rocking out at venues a majority of his life, but who is also one of the coolest down to earth guys we've met.
Check out how PJ Farley of Trixter has gained success and his views on the music industry today, oh and he also lets us in on a little secret!

When did you start playing bass and when did you know you wanted to get into the music industry?
I started playing bass by default. I think when I was 11, 10 or 11, I think because I started a band with my friends in school and it was like alright you want to play guitar you're playing guitar, you want to play drums, and I was a drummer really, and you're going to be the singer?
So no one wants to be a bass player, ok fuck it, I'll play bass, I'll borrow a bass.
Just like that I got stuck being a bass player, and you know how they say things just happen to work out?
It's not just a saying!

What has been your greatest personal accomplishment in your career so far?
I think, not to sound corny or anything, but I'm pretty proud to um, I mean yeah gold records, touring with all my heroes and stuff, that's great but I think I'm pretty proud that I've always been a part of something that I was genuinely proud to be a part of. I've been in hired gun situations but for the most part I've been involved in something that I've been passionate about and gotten to be taken care of in those positions and that's kind of an unspoken accomplishment.
People are like oh yeah playing in Giant stadium, selling  million records, all that stuff is great, and it is all great but I think the longevity in it and that I've been a musician pretty much all my life. 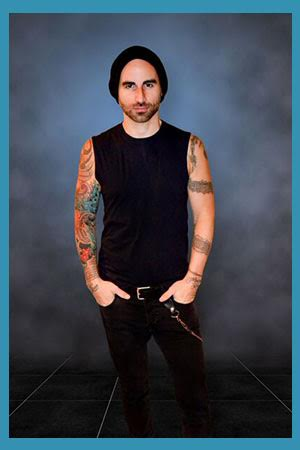 You've been in the industry for a while, what is the biggest change in your opinion from when you began to now?
Besides for the obvious reasons that nobody buys your record anymore, its changed in the sense that the industry is so different now for the obvious reasons.
It's cool because it is so easy to get your music out there in one way but its so hard to get it to the next level.
It's harder now than it ever was to get to that next level where you know, you're in the machine and you know you got the whole support team behind you. You can get the initial put your record out and get youtube hits and all that stuff but now it is wide open and anyone can make a record even if you suck, make a record, make it sound great, release it on your own and put it out there, so there is so much music out there but it is so much harder, and it was always hard, it was hard to go and get that million dollar record deal that people always dreamed of but it is so much harder now because really at the end of the day when I started there was a pot of gold at the end of the rainbow and now there isn't.
Even if a new band got signed to Universal today, even if they were successful, they still probably don't have shit.
It's really hard because music has the same impact on people that it ever has, when you hear a song that you grew up with that you love it stays with you. So if you hear a new song today, it gives you a certain feeling, you love it and it doesn't get watered down by the fact that it's free or anything like that, but the fact is that it is so much harder for artists to make music on a consistent basis because who's paying at this point? Who's paying us to take time off from how we make money, pay our bills, it's so much harder to get it done.
You do something and you feel great about it...I'm just finishing my first solo record and I'm excited about it, I love it, I think it's going to be fantastic, but I also know to cut off the excitement at some point. I'm just happy it's done, its going to be out there, and I just want the people who are going to hear it to like it.
I don't care how many people it is, of course I would like it to be millions but I'm smarter than that, and there is kind of a sadness to that. A record coming out doesn't have an impact like it used to but you know you do it for the truest form. Do it for the love. 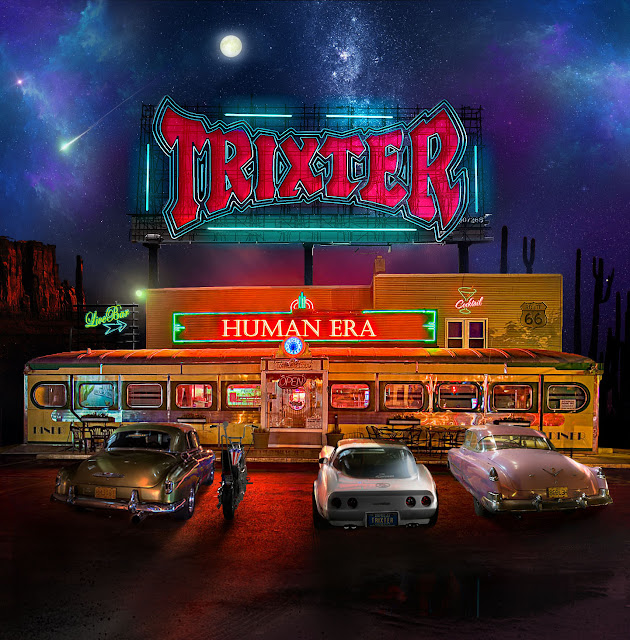 Tell me about your most recent album with Trixter "Human Era" and what people who haven't listened to it yet can expect.
It kind of snuck up on us because we weren't really planning on doing a record and then our label, Frontier Records, just really called and asked if we wanted to do another one and we were like alright and we did a record and it wound up being somehow really like the best thing we ever did and we all agree it is our best record and it all happened magically. We didn't plan on doing it, we came up with it, and it has this little kind of concept that we've never had before.
We have the title track which we never had before, it has all these cool little elements that is new for us and there is some stuff that is a little heavier, there is some stuff that's typical Trixter, there is a common thread through it that people have who have heard it say it is different but it is still the same and sounds like Trixter, it's not pretentious or forced. It's pretty natural

Tell me a little bit about this solo album!
My solo album.
::Big smile::
You look so happy and proud when you talk about it!
I haven't really talked that much about it yet because I want to wait until I'm really kind of done and now I'm starting to prepare for some sort of release tactic but it's something that I've been working on for 10, 12 years, slowly, started off doing a couple songs in 2002 and then 2003  and then our band was on the road with Ra and that kept me on the road for a long time so I kind of put my thing to the side and any time I had free time I'd get to it.
Really what made me get back to it and finish it was after we finished the Human Era record, I stayed in the studio and I was like I have a couple more songs that I want to record and put this thing together finally and there is really no other time to release a record when no one is buying them so I figured strike while the iron is cold.

Aside from the solo album what do you have in store for the future?

Any last words for your fans?
Thanks for listening, thanks for paying attention, anyone that's interested in anything I have to say, I appreciate it. Sincerely.