Most music festivals center on a certain sound.
Vans Warped Tour pushes all types of rock genres just as Summer Jam features hip-hop/R&B.
The first-ever Billboard Hot 100 Music Festival offered something more inclusive.
This festival celebrates pop, a term that has come to be defined as any sound that sparks a hit. Billboard will, for the first time ever, present a concert lineup including a ton of today's biggest artists as well as artists who are currently heating up their legendary Hot 100 charts!
This fest featured everyone from The Weekend, Justin Bieber, Skrillex, and Nicki Minaj, to The Maine, Ryn Weaver, and even Cruisr! 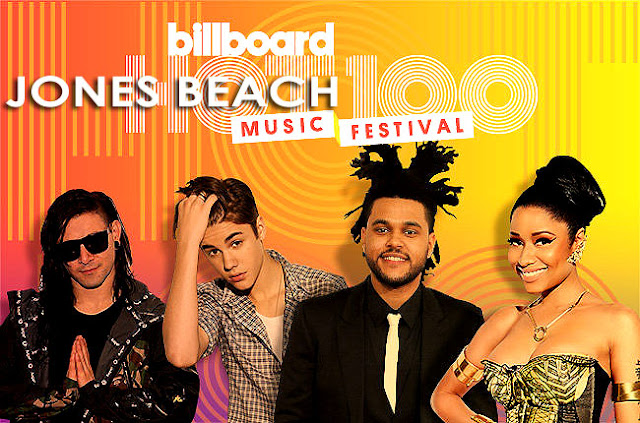 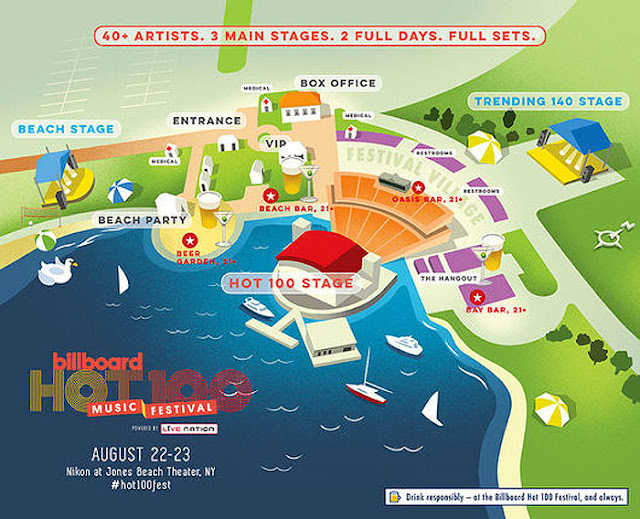 More than 17,000 fans filled this giant outdoor amphitheater to jam out to their favorite artists as well as witness some memorable performances.
Little did they know they would be making history! 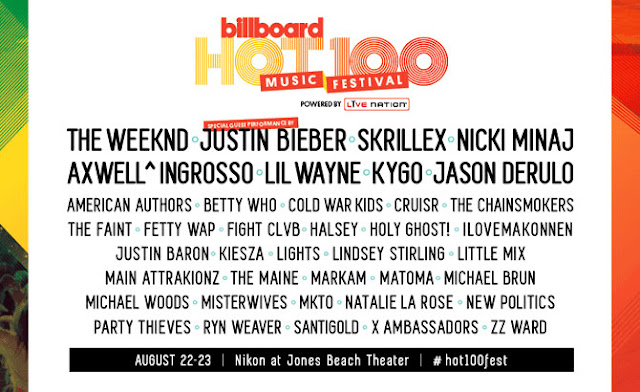 Billboard is the latest to enter the widely expanding music festival business, which features big events such as Lollapalooza, Firefly, Bonnaroo, Coachella, and many others. The iHeartRadio Music Festival is another big one that is gaining popularity in Las Vegas every year.
We can't wait to see what is in store for these festivals in the years to come!
Can you?!
Email Post
Labels: and Nicki Minaj Bonnaroo Coachella Cruisr Firefly iHeartRadio Music Festival Justin Bieber Lollapalooza Nikon at Jones Beach Theater ny Ryn Weaver Skrillex The Weekend to The Maine