On Tuesday, July 21st, Cupcakes & Crossbones had the awesome opportunity to attend The Vans Warped Tour in Scranton, PA to do live media coverage!
What an amazing time we had! 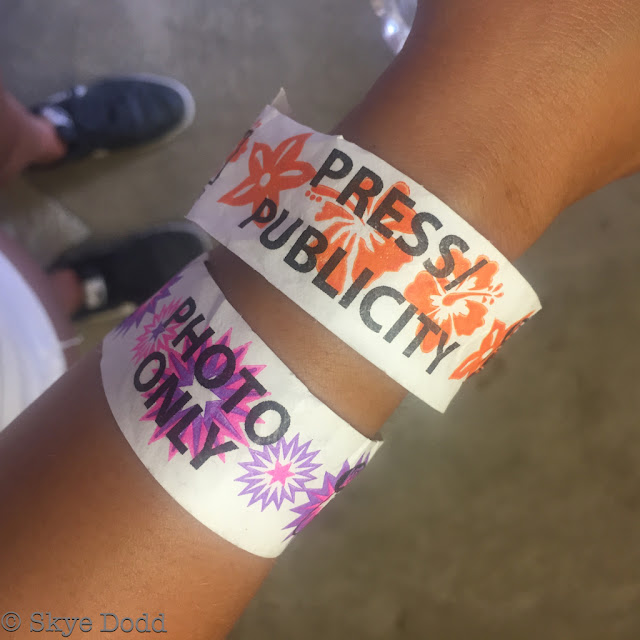 Despite the heavy traffic, blistering heat, the sudden downpour, and a crazy hike back to our car, we managed to make the best out of our day and gather up some fun stuff to share with you guys!

Upon arriving at warped tour, we received our press publicity and photo passes.
These passes allowed us access to the press trailer where we could talk and hang out with some of the bands, as well as gain access to the front stages to take pictures of each set. 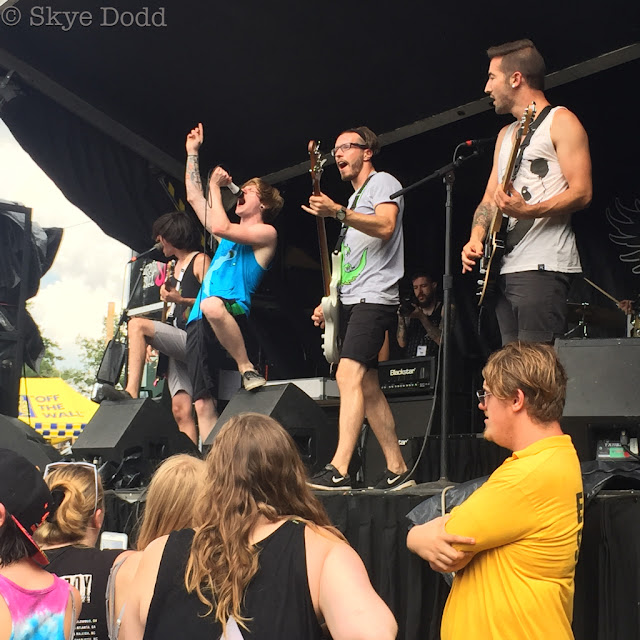 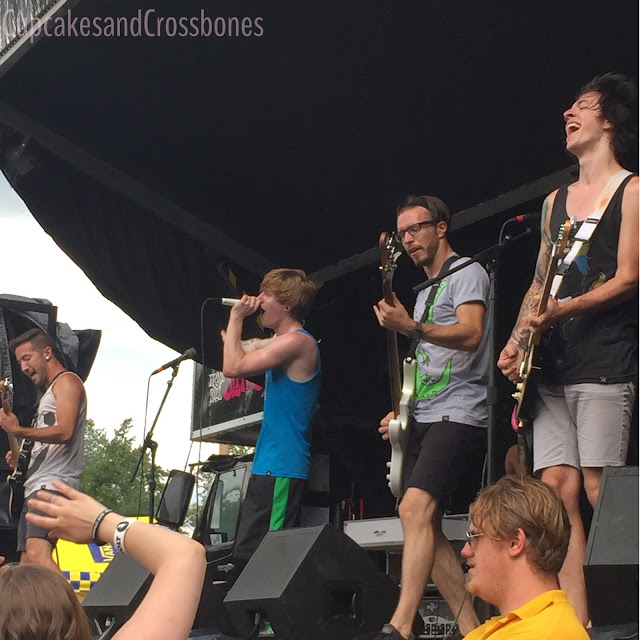 The first set we watched was of an up and coming band called Trophy Wives, and boy do they know how to put on a show! They absolutely killed their set! So we suggest you do yourselves a favor and check them out!

After witnessing Trophy Wives rock the Ernie Ball stage, we made it all the way around and back to the stages by the entrance just in time to see Asking Alexandria hit the Shark Stage. 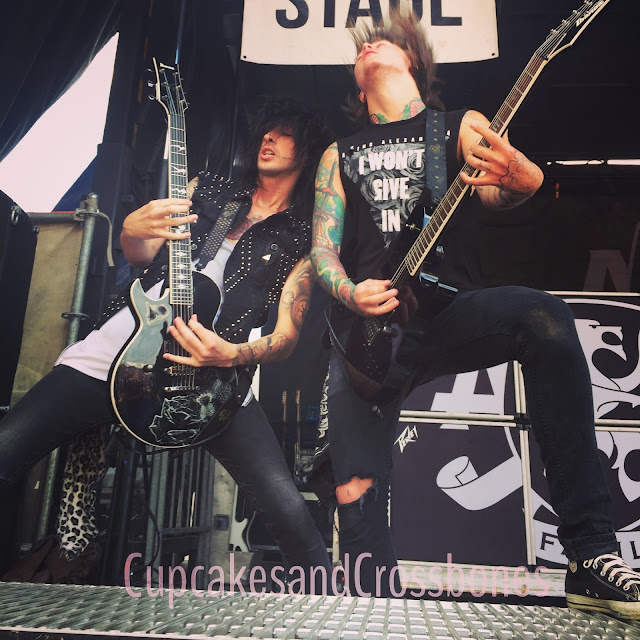 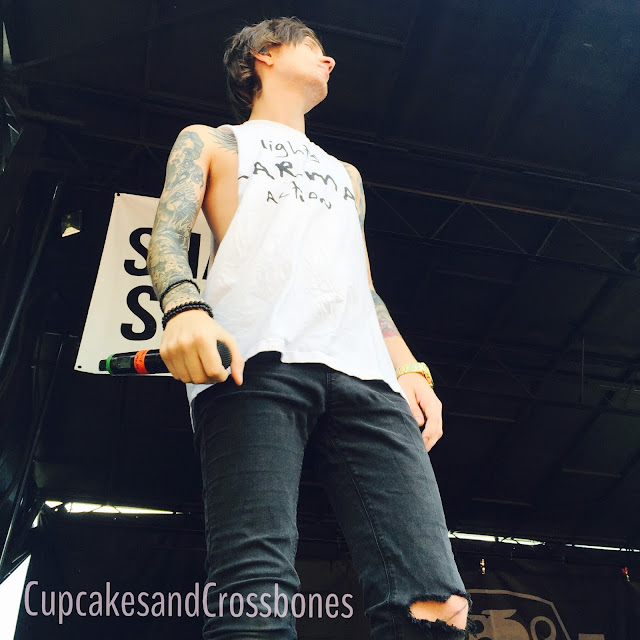 I think it's safe to say that we were blown away by their performance.
They performed with such vitality and the crowd was just soaking up every second of it.
If you ever have the opportunity to check them out live, it's a must!

Next up on the Shark stage was Simple Plan.
They got everyone up on their feet jumping, dancing, and singing right along.
When they played a couple of their older songs you could hear the nostalgia as everyone sang along. After all these years, I think it is safe to say that Simple Plan still has everything that their old fans and new fans are craving! 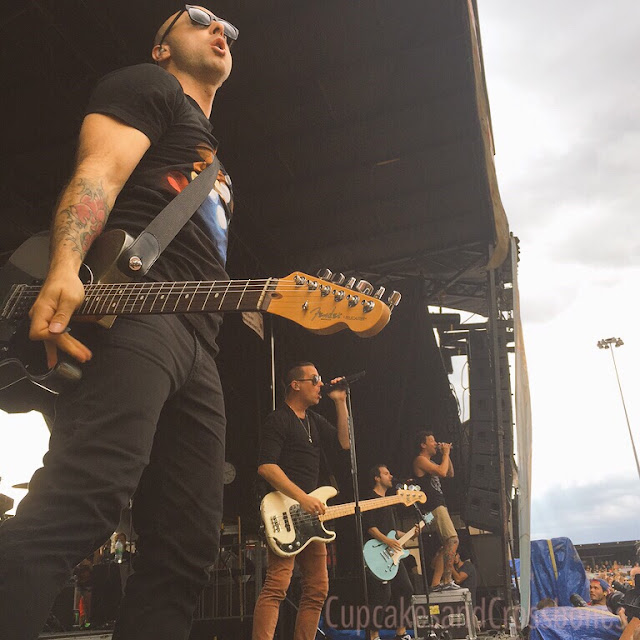 After Simple Plan's performance, the rain started to come down, hard.
Just in time to see a personal favorite of mine, Pierce The Veil, kill it on the Unicorn stage.
They put on a great show and the amount of energy that emerged not only from the band, but the crowd too had our adrenaline pumpin'! 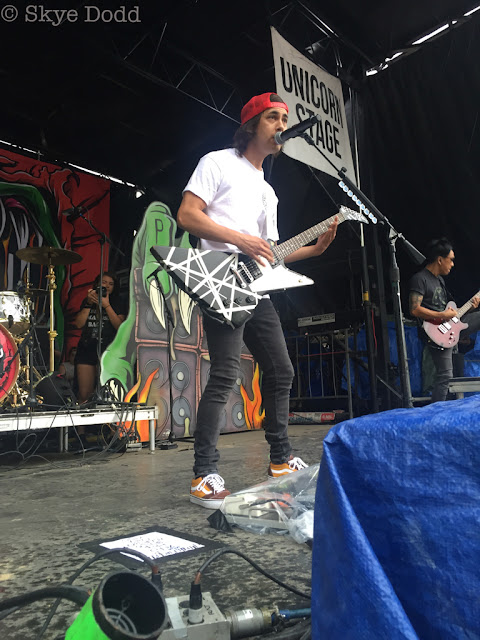 PS Thanks to the people who let us hang out under their merch tents until the rain calmed down, especially Trip, you're awesome!

Next up, August Burns Red and Never Shout Never took to the Shark stage. 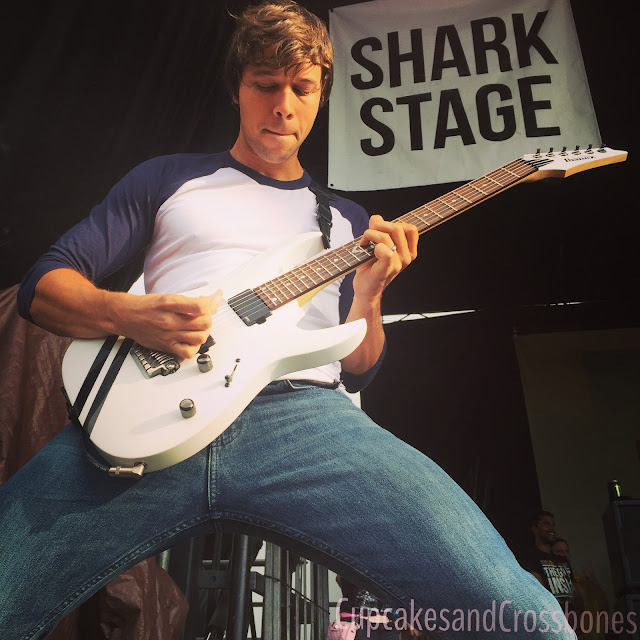 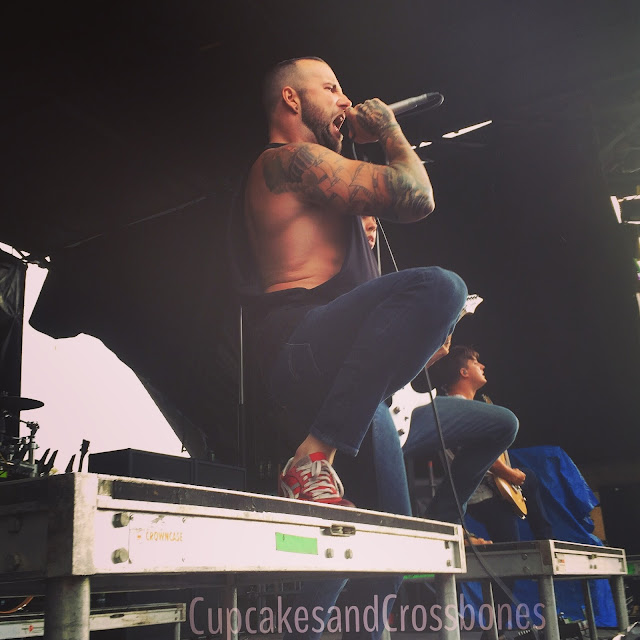 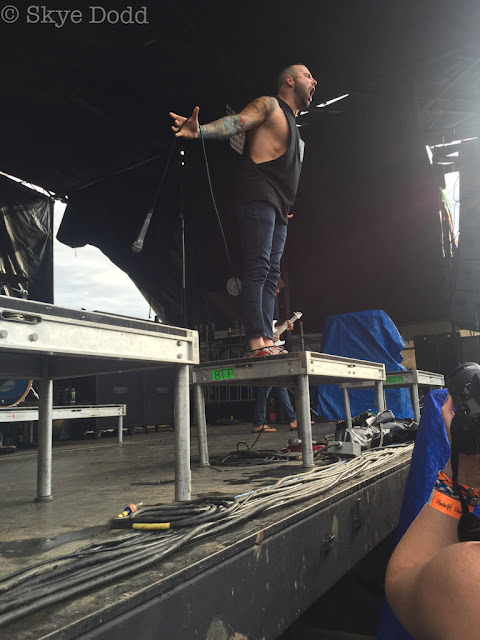 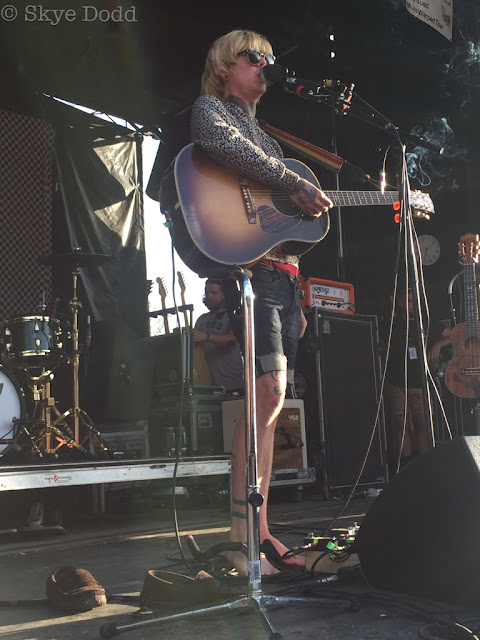 Two totally different music styles yet both put on such a great show that made the crowds scream for more.
The end of the day is quickly approaching which meant my absolute favorite band, The Wonder Years, was about to take on the Shark stage to end the day. 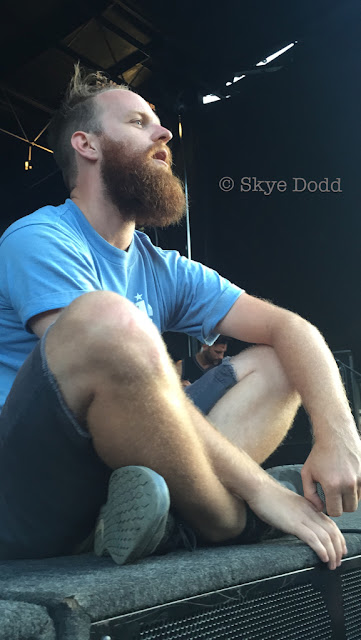 The excitement was building as we waited up against the stage for the band to come on.
When they all ran on stage, the crowd went wild and the screams filled the mountains as lead singer, Dan Campbell, started singing their opening song "Dismantling Summer."
I could barely contain myself being so close to my favorite band, but I managed to grab some awesome pictures while singing and dancing my heart out.
Needless to say, they ended the show with a bang and I think everyone was extremely satisfied with their performance.
As the crowds started to file out, and the once packed venue became an empty space filled with garbage and the lingering feelings of excitement.
We made our way to the press trailer only to find ourselves in the middle of the post show barbecue with all the bands.
We hung out for a little bit, scoping out all of our favorite people and going over the days past events, when we lost track of time and figured we'd head out.
What we didn't realize was we had to hike down the mountain in the pitch black.
After what seemed as though we had walked 10 miles down a lonely and desolate side road we finally found ourselves at the car, exhausted and cold from our damp and rained on clothes.
We packed into the car thinking that this was completely worth it because of the amazing day we just had, the incredible music we got to hear, and the people we were lucky enough to meet!
Be sure to head over to our Instagram page to check out more photos of the event
Skye