Women Who Rock - Stef With An F - City Of The Weak

It's week two of "Cupcakes & Crossbones' Women Who Rock Month" and we thought who better to represent this week than the true kick ass rock star herself Stef w/ an F.
Dominating the music scene as the strong female lead  singer of the band City of The Weak she is one woman who is undoubtedly bound to be popping up at a venue in a town near you.
After starting the band and cycling through different members until finding the perfect fit, City of the Weak has been showing face and having fans rock out at shows like Vans Warped Tour, Rock Fest, South By So What?! and many more.
We sat down with Stef to ask her some questions that we have been dying to get the scoop on, and to also show our viewers what makes her a woman who rocks (if you don't know already!) 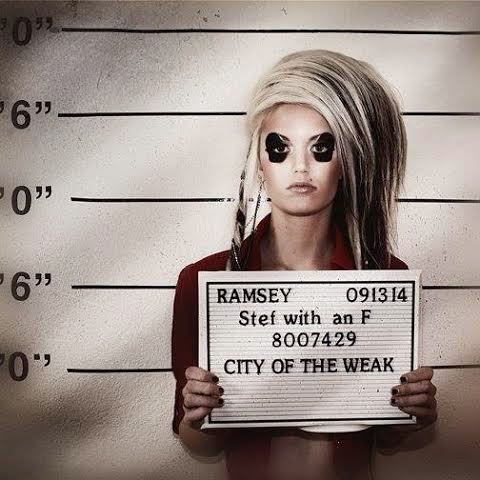 Hi Stef, it's so nice to finally get to speak with you, especially since you have been so busy on the Make It Or Break It Tour. How is this tour going so far?
The Make It or Break It Tour was insane for sure. We started out the tour with 4 festivals in 3 days and "hectic" is an understatement. Thank God we have such an amazing team, we pushed through it and killed it on stage every night. We got to see lots of familiar faces and meet lots of new fans at every date. Our tour mates Young Medicine were so much fun and so kind to us. Van Diesel (our tour van) bit the dust toward the end of the tour, and YM helped us get a rental to pull our trailer and let the rest of the dudes ride with them.

Did you always want to be a singer and in a band? Who influenced you to move in this direction growing up?
I've played lots of instruments in bands in the past. I was born to be a frontman. It takes a certain attitude and charisma to play the part well. You have to be able to stand up against the criticism and be willing to take the fall for everything. Growing up, I felt ignored by everyone. I wasn't a cool kid, but I wasn't really picked on. I was just kind of .. there. Music just spoke to me and the second I started seeing music videos on CMT & MTV I just knew that someday that would be me. I knew life had so much more in store for me than just going with the flow. 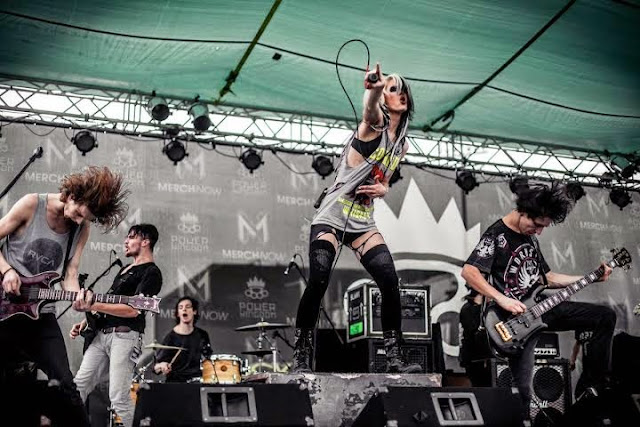 How did you get started with City of The Weak?
When I turned 18 I moved from Montana to Minnesota. I started attending McNally Smith College of Music and jammed with whoever I could find. Eventually members started clicking and in February 2012 we actually had our first lineup that stuck and our first show. It all escalated from there.

What motivates you to move forward in this career that you have which most would consider a dream career?
When you start, you're just kind of doing it because you like music. Eventually, the going gets REALLY tough, and your fans shine through like crazy. You start to realize how many lives you are changing and how many people you truly have influenced. I read through my fan mail when I'm down and it really motivates me. People think that this is such a dream career, which it is, but it's about 934289304 X harder than what you would imagine. My fans and friends tell me how much I inspire them, but they should know that THEY inspire US even more.

What are some of the highs and lows that you've come across having a career like this and how do you overcome any lows?
HIGHS: playing kick-ass shows, meeting friends and fans on the road.
LOWS: van breaking down on the road, shows getting cancelled, promoters not doing their job and having fans unaware when we come to their town, working with people who are irresponsible and having to play clean up, being overburdened with work and having things fall through the cracks. When hard times arise, you just have to put on your big girl pants and give/take direction. What is the problem? How do we fix it? What needs to happen next? It's basic problem solving 101 except that it's YOUR career on the line. The way we see it is, as long as we are all okay, we can work through it. We have the best team and fan base. Nothing will stop us. 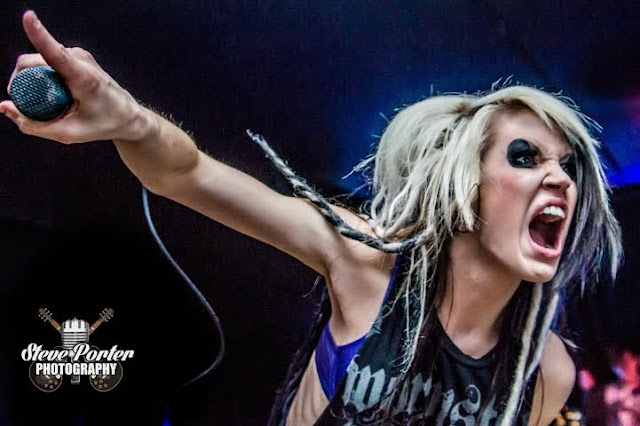 What's it like being the only female in a group with 4 guys? What's the best and what's the worst part of being surrounded by dudes?
I honestly don't really think about it. I miss girl talk with my friends and just having another girlfriend there with me sometimes. But I don't really care about the gender of the people around me, as long as they are drama-free and adventurous I'm having a good time!

Where has your favorite show been to date? Why?
I had a lot of fun in Menomonie, WI at UW-Stout. The production team advertised really well, so there was a great turnout. Everyone dug it, and they sang along and had a great time.

What's the biggest obstacle or hurdle that you have faced so far in your career and on the road?
We face obstacles every day so it's hard to pick one! I'd say…. Something that was prevalent last tour was shitty, lazy promoters. They take on our show and then don't put up the fliers we send them, won't put us on the website, won't get local bands on the show, like they literally do nothing. We had one cancel on us the day before. We as a band work our fucking asses off to get the word out about EVERY show. If you're not doing your job & do the same, fuck you. We don't care about the stupid guarantee we get at the end of the night, we care that everyone in the town knows that we are there. We want our fans to know when we roll through town. We want new potential fans to stop by and we want to share the stage with awesome local bands. If you are a promoter who has messed that up for us, YOU are the reason bands struggle. It pisses me off SO much because there are AWESOME promoters out there who have helped us build ourselves to where we are now. I love having great relationships with promoters in different cities. It benefits both parties and it makes everything worthwhile. It builds up the promoter, the venue, the bands, and the local scene when everyone takes part. Every successful show on the tour had one key thing: an awesome promoter. It shows when you do your job, and bands like us appreciate it! So to end on a positive note: we LOVE the hardworking promoters we have had the honor of working with. You have benefited us more than you can imagine. THANK YOU. 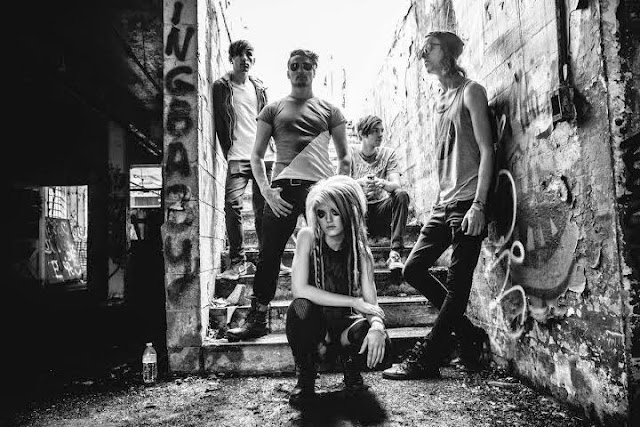 Who would you love to perform with in the future and who has been your favorite group/singer that you have performed with so far?
There are so many bands we want to share the stage with! We've had the opportunity to play with lots of our favorite bands thanks to Warped Tour, The All-Stars Tour, South By So What?!, Rock Fest, etc. I personally would love to play with Queen because duh. We've had people compare us to Queen which blows my mind. They are killer and I can only hope we ever get a shot to play a festival or show with them!

What should we expect from you and the band in the near future?
More shows, more music videos, more kick-ass music! 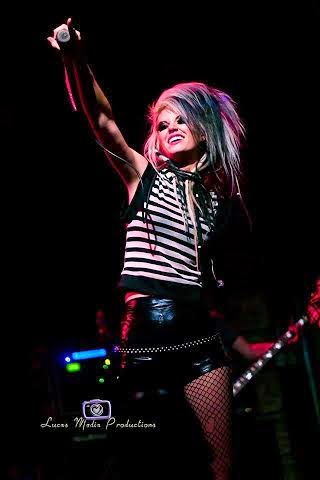 Any last words for our viewers?
Thanks for checking us out, we want to meet you! Follow us on our website: http://cityoftheweak.wordpress.com for updates! Much love!


Thanks again Stef with an F for being an awesome Woman Who Rocks and for letting us get the latest scoop!
Follow City of The Week here and be sure to catch them next time they are in a town near you!:
Facebook
Twitter